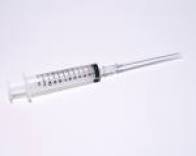 Self-fat treatment, the most natural and lasting
Alternative for wrinkle & volume problems.
Auto fat has the positive trait that makes it better of
Body is accepted as other substances.
On the other hand, it has a negative effect that it is often degraded by the organism relatively quickly, within months to years, whereas other materials have a lasting effect.
The disadvantage of foreign material such as small plastic balls is that it can not be taken out well if an allergic reaction has formed or too large an amount was injected.
As a rule, autologous fat treatment is performed under general anesthesia.
From an inconspicuous area of ​​the body, such as the inside of the knee, abdomen or hip, fat cells are removed by a specific technique.
Of course, fat, which was previously aspirated for aesthetic reasons, suitable for injection.
Before spraying, the material is cleaned. The fat is injected under the skin or in a specific layer. This depends on the cause of wrinkling. By the so-called tunneling technique can be done a long-scale injection of a single fold. If the required amount is present in the tissue, the autologous fat can be pushed and pulled to be in the desired position.
After weeks or months usually another session for fat injection must be made.
Such surgery can cause bleeding, bleeding, infection, wound healing disorders and scarring. Also pigment disturbances in the injection area are possible. Pain and cosmetic problems can arise. Nerve damage can lead to a temporary, rarely even permanent emotional disorder. In some cases, injected fat may get into a blood vessel, which can lead to vascular occlusions. Allergic reactions can also occur.
Over- and under-corrections can not always be prevented, but can be compensated by re-treatment or go back by itself in the case of a sprayed-on point.
It may be useful in various cases to combine several techniques of wrinkle treatment.
An example is the additional injection of hyaluronic acid for superfilling above an autologous fat pad. Botulinum toxin injections can also be made in wrinkles caused by increased muscle tension.
If after a while a large part of the injected self-fat has been broken down by the body, one or more further sessions can also take place.
Not in all cases a desired result can be achieved. Due to certain circumstances, it may also lead to a cosmetically worse result than before.

Do you have any questions?

Here you will find the price lists in english: